You’ve arrived at the stage of mamahood when you are googling baby nursery rhymes. It was always going to happen. (What, were you just expected to know the lyrics?). Luckily for you, we’ve got all the support you need. 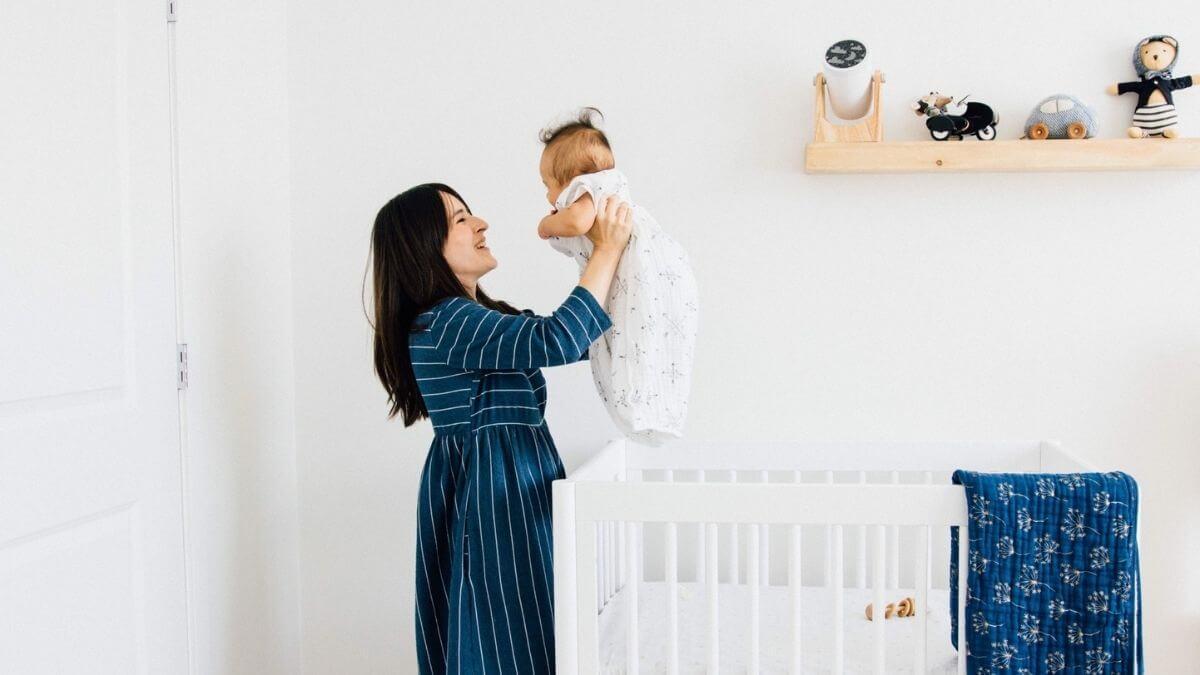 Here, we’ve got the words to 10 of the most famous nursery rhymes out there. Let’s get singing!

What is the most famous nursery rhyme? There probably isn’t just one. But “Twinkle, Twinkle,” “Baa Baa Black Sheep,” and “Humpty Dumpty” are all pretty famous!

Here are some of the most popular baby nursery rhymes to enjoy with your little one.

“Twinkle Twinkle” is about as classic as it gets when it comes to nursery rhymes. It also doubles as a baby lullaby. So, if you want to help ease baby off into a snooze, this tune might be your best friend.

A baby nursery rhyme with a different sort of vibe. It’s a nice tune, with opportunities for some fun twists that can be super entertaining for baby. (Everyone loves a squeak or roar!)

When baby’s all grown up, you can do it together with the actions, too. Row to the beat!

Row, row, row your boat
Gently up the creek.
If you see a little mouse
Don’t forget to squeak!

Row, row, row your boat
Gently down the stream.
If you see a crocodile
Don’t forget to scream!

Row, row, row your boat
Gently to the shore.
If you see a lion
Don’t forget to roar!

One of the most high-energy nursery rhymes out there, “Old McDonald” is a smash hit when it comes to baby songs. You’ll need your best animal impressions at the ready!

Remember, for different verses, swap out the cow noises with an animal of your choice. A pig? Oink oink. A dog? Woof woof. A parrot? Squawk squawk. You get the idea.

What is the creepiest nursery rhyme? Let’s be honest, it could well be “Humpty Dumpty.” Who is Humpty Dumpty? Will he be okay? And why is he usually shown as an egg?

It’s definitely a weird one. But, creepiness aside, it’s a classic.

Another one of those nursery rhymes for newborns that probably started life as a lullaby. It’s calming, gentle, and simple – for when you need to chill things down.

Like many other nursery rhymes, this one is just a great big puddle of confusion when you think too hard about the lyrics. (He mended his head with what??) However, despite its story about hurting yourself, “Jack and Jill” is a classic and deserves to be on any list of baby nursery rhyme songs.

Jack and Jill went up the hill
To fetch a pail of water.
Jack fell down and broke his crown,
And Jill came tumbling after.
Up Jack got, and home did trot,
As fast as he could caper.
He went to bed to mend his head
With vinegar and brown paper.

“Incy Wincy Spider” tells the story of the challenges facing Incy Wincy (or Eensy Weensy, or Itsy Bitsy), a spider who just wants to climb the waterspout. The rain comes, he falls, but, ultimately, there’s a happy ending. Also, the song’s lovely.

If you weren’t enough things already, mama–cook, cleaner, taxi driver, anything else??–you’re also a teapot now. Get those arms flexed and those hips moving.

When you sing “handle,” put a hand on your hip. When you sing “spout,” poke out your opposite hand like the spout of a teapot. And when you sing “pour me out,” lean over like you’re being poured. You’ve got this, mama!

I’m a little teapot, short and stout.
Here’s my handle, here’s my spout.
When the water’s boiling, hear me shout,
“Tip me over and pour me out!”

Round and Round the Garden

A combination of a nice song and a tickle under the arms. What more could a baby want? On “one step, two steps,” walk your fingers up baby’s chest. And when you sing the last line, get tickling!

Round and round the garden
Goes the teddy bear.
One step, two steps,
Tickle him under there!

“Hickory Dickory Dock” may take a little getting used to, as it involves bouncing, clapping, and a tickle under the chin. But babies love it.

The next two verses are the same, but with different lyrics for “three” and “four”:

Four…The mouse went “no more!” [shake your finger no more!]

The Wheels on the Bus

We’ll end with the longest nursery rhyme–a song about all of the different characters on the bus. “Round and round” or “swish, swish, swish” are your key moments to move those hands, mama.

Isn’t that lovely? Now you’re all set to be your baby’s personal entertainer. And, bonus: now that you know all these songs, you won’t have to turn on Little Baby Bum nursery rhymes anymore (in case you’ve had enough of those….). Have fun, mama!