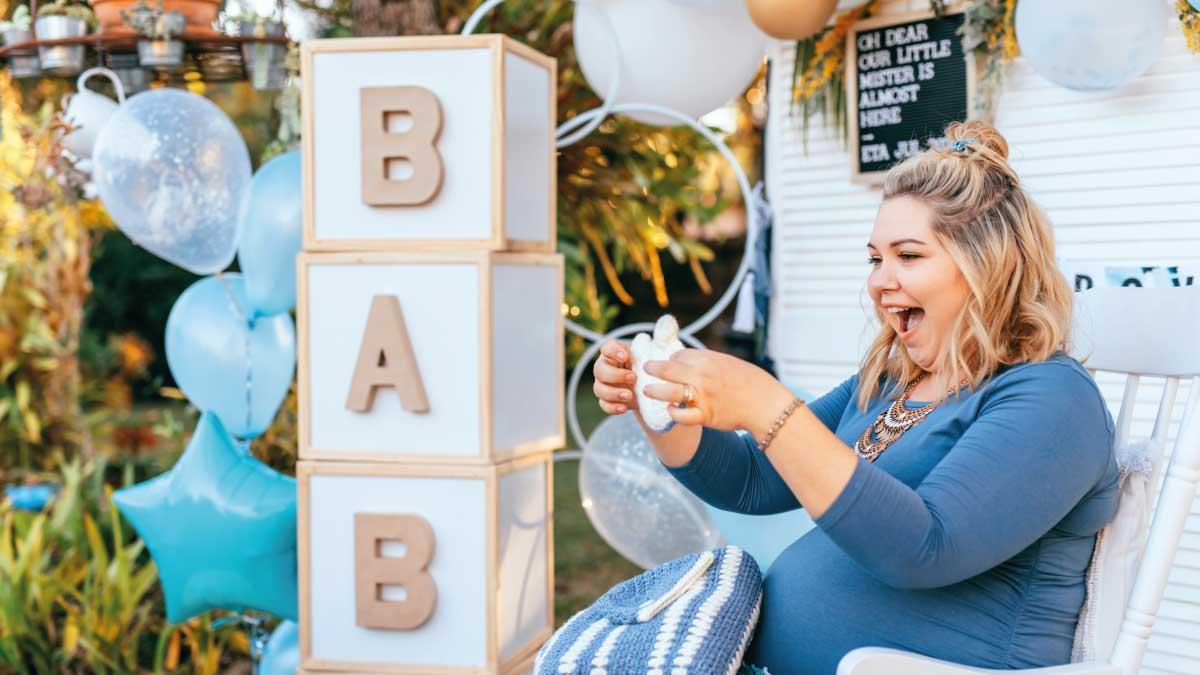 Not everyone does it – and you’re not obliged to at all. However, if you’re holding a baby shower, baby shower favors can be a lovely idea. They’re the gifts that you give to guests. They can be a nice little sign of thanks, and they can show that you appreciate the effort that your guests made to be there.

Here, we’ve got all the info you need to know – and we’ll suggest some of the cutest ideas for baby shower party favors around.

Why give a baby shower favor?

Baby shower favors are the little trinkets or treats you give to the guests who come to the baby shower you’re throwing. They can be as big or as small, as cute or as grand as you like. They’re a token of thanks and a way to show your appreciation of your guests.

But do you have to give them? Not at all! However, if you’re celebrating a new human entering the world – as well the mama-to-be’s transition to mamahood (something to celebrate, we’d say!) – baby shower favors can be a lovely little addition to the event.

Think about it. If people have come from far and wide to celebrate with you and the mama, maybe a little memento would go down well. They have made the effort to be there after all. So, spread the love!

But how much should baby shower favors cost?

Public service announcement: there is absolutely no need to break the bank.

We know – and everyone that comes to the shower will know – you won’t have an infinite amount of money to spend on the event.

Luckily, there are such things as cheap baby shower favors. And, by the way, your guests won’t be expecting something unbelievably amazing anyway: it’s just a token. So, ballpark figure? We’d say there’s no need to spend more than a couple of dollars per person on a baby shower favor. Because, depending on the number of guests you’re inviting, this can add up.

Rather than splashing the cash (although no one is stopping you!), take the time to make the favor personal and meaningful. That way, the cost won’t matter at all.

So, you know your budget and you’ve got a sense of who’s coming to celebrate with you. Now, you need to choose your favor.
You’ll no doubt have noticed that there are many baby shower favor ideas out there. But how are you going to choose? Well, here are a couple of things that you can consider to help you decide:

What are the best baby shower favors?

But what are some different places where you might find the perfect baby shower favor? Try shopping around online, or browsing at various stores downtown as a starting point. And, if you want something a little bit different, you can always try craft fairs, community events, or artisan festivals. You might find something there that you wouldn’t find anywhere else.

If you’re feeling bold or creative, there’s nothing stopping you making something special yourself. Just remember, baby shower favors are not the be-all and end-all. They’re simply a gesture of your gratitude.

Baby shower favor ideas?
To finish off, we’ve got just a few examples of baby shower party favors to give you inspiration: