Everything You Need to Know About a False Negative Pregnancy Test 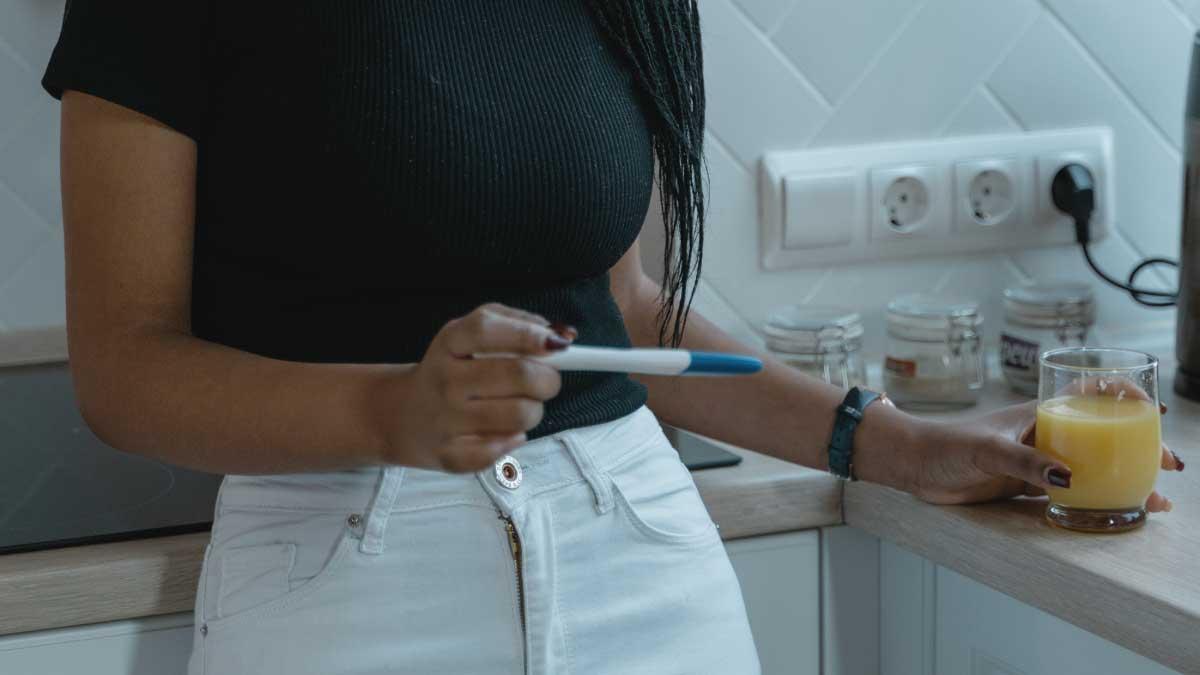 How does a home pregnancy test work?

A home pregnancy test works by detecting a hormone called hCG (human Chorionic Gonadotrophin) in your urine. After conception, your little baby-to-be (or embryo) implants in the lining of your uterus and the placenta – your baby’s amazing life-support system – starts to grow. It’s the placenta that sends out the hCG, saying: I’m getting to work now!

Once you’ve peed on the pregnancy test stick, the chemicals in the test should react with the hCG – if present – leading to a positive or negative result within a few minutes.

Sounds simple. So what can go wrong? Why am I having pregnancy symptoms but a negative test?!

What can cause a false negative pregnancy test?

Let’s look at a few potential solutions to the mystery of the false negative pregnancy test:

Taking the test too early

Of course you’re impatient to know whether you’re pregnant or not – we get it! But taking a pregnancy test too early increases your chances of a negative pregnancy test result, because there might not be enough hCG for the test to detect yet.

To give the test the best chance, leave it until a few days after you expected your next period to start. Or at least until the day itself (if you just can’t wait!).

Making a mistake when taking the test

In your excitement to take the test, you might be tempted to skip over the instructions on the pack – but don’t do it! You might make a mistake that could affect the accuracy of the result, like:

A test that’s past its best

Check the expiry date on the test packaging, as a test that’s out of date may not work properly.

In rare cases, you may get a false negative pregnancy test result when you have a really high amount of hCG in your body. This is known as the “hook effect”.

Seems counterintuitive we know, but it’s sort of like when you’re faced by a vast selection of candy bars. You may get choice-overload and run out of the store without buying anything. And something similar happens with the test: there’s so much hCG that it refuses to flag up that there’s anything there at all.

The hook effect can be the result of:

It’s rare, but sometimes an ectopic pregnancy (where the embryo implants somewhere other than the uterus) is not detected by a pregnancy test. If you’ve missed your period and have severe abdominal pain, make sure you get in touch with your doc straight away.

What are the chances of a false negative pregnancy test?

But it’s quite easy to take the test too early or at the wrong time of day and voila! A confusing test result.

The best thing to do? Double-check those instructions, repeat the test a few days after your missed period was due to start, and – if in doubt – head over to your doctor’s office. They’ll be able to do further tests to confirm whether or not you’re really pregnant.

Read also:
Negative Pregnancy Test But Feeling Pregnant? What’s Going On?
What is the Evaporation Line?
When is the Best Time to Take a Pregnancy Test?
Pregnancy Symptoms but Negative Test
Does a Salt Pregnancy Test Work?
How Soon After Unprotected Sex Can I Test for Pregnancy?
Can Toddlers Tell When Someone is Pregnant?