From Saleswoman to SAHM: How I Found My Self-Worth When I Stopped Working

We often hear the term “imposter syndrome”, the idea that our skills lack in some way and sooner or later, we will be outed. Typically used in reference to one’s career, the fear that we’re not qualified for the task at hand is often all it takes to scare us away from seeking out that dream job. 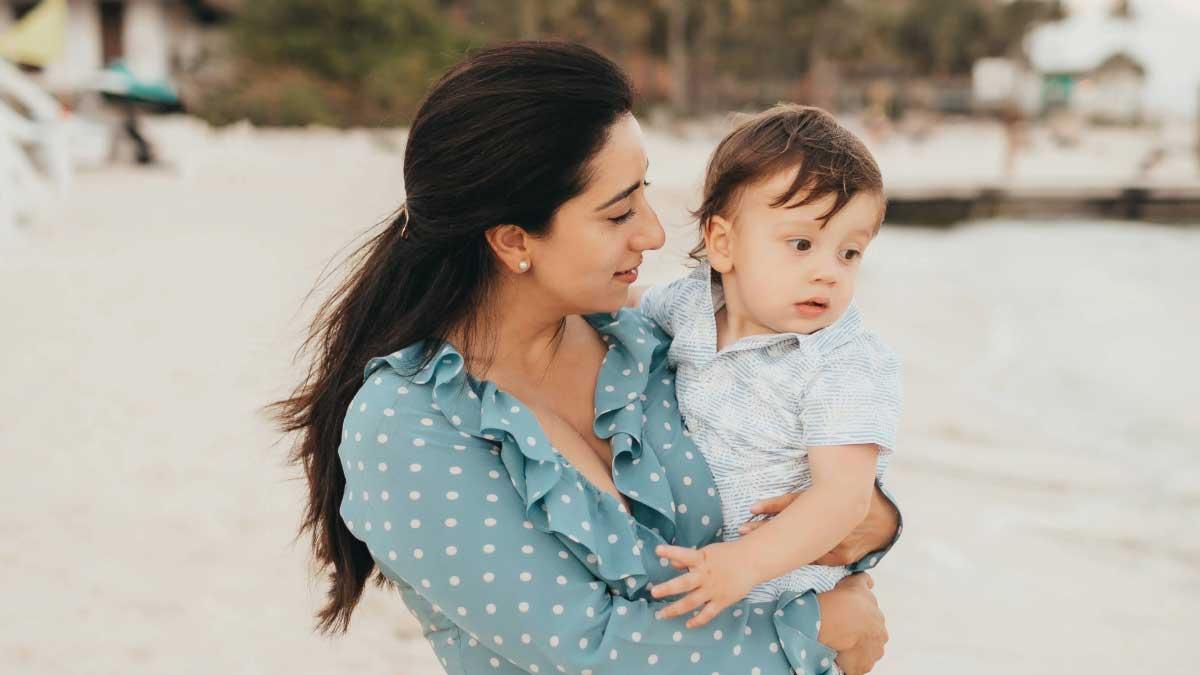 But what if your job isn’t one in the conventional sense? I mean, it is a job, but you aren’t getting paid. Save for the sweetest kisses in between temper tantrums. That’s right, I’m talking about being a Stay-At-Home-Mom. A job that, regardless of how qualified you feel at any given moment, is one you can’t walk away from.

This is my story of trading my acronym from DOS (Director of Sales) to SAHM.

A woman can have it all, can’t she?

Ever since I was able to work, I have. Whether I was creating career storylines for my Barbies or cleaning my parents’ office building as a teenager, I have always valued financial independence. Even as a young girl, I never envisioned a future where I didn’t go to work. I was capable of tending to my home and having a career. Simply put, I refused to let my resume only read Mother.

Until the pandemic hit, I had worked full time since graduating college. Aside from wanting to be an earning member of our household, I enjoyed the challenge of my job. I was in sales and pardon my French, but I was damn good at it.

I also grew up with a mother that worked full time, who never let her job keep her from a game or recital. Mind you, this was the 90s so the work-life balance concept was not yet mainstream. No, she simply prioritized us and went in early the days she needed to be there for us. Her example made me believe that women can have it all. Though until I became a mother, and more recently, one who doesn’t work, “having it all” was a concept that I only had one vantage point of.

What I realized was, life as I knew it, was a hamster wheel

When my son was born, I was so grateful for the 12 weeks I had with him postpartum. And like any mother, I missed him when I returned to work. It was my first bout with mom guilt. If I worked, I couldn’t be with him, but if I didn’t, we wouldn’t live as comfortably. Time passed, and I eventually got my groove back. I was determined to be the high-functioning individual I had always been, but this time, it was to make my son proud.

I left the house by 6:30 AM to return by 4 PM, allowing us a couple hours to ourselves each afternoon before my husband came home. As soon as he walked through the door, the clock began. He’d cook, we’d have dinner, do bath time, and finally books and a bottle with Daddy. As soon as my husband took over, I’d clean, fold laundry, and get our son packed up for the next day at Gammy’s house. Our routine packed a punch, but it was all we knew and we thrived at it. Or at least, what I believed to be thriving at the time.

In one fell swoop, my career took a backseat

In the week prior to shutdown, I decided to go part-time. I was burned out and unhappy. I’d take the time to look for my next career move and enjoy more time with my son.

Days later more time took on a whole new meaning. As I attempted to WFH part-time, while simultaneously caring for our toddler, it became clear that my husband’s job took precedence. While that made sense in theory, given my lessened hours, I was jealous. Early on in our marriage, I had made more money, and in the blink of an eye, I felt like I was suddenly reduced to being mom and wife and not much more.

I continued working through 2020, though not happily. I had a foot in each world; SAHM and working mom and I wasn’t convinced I was doing my best at either. I was faced with an entirely different reality than I had envisioned for myself – a reality that no longer felt like my choice. In an effort to regain control, I took the greatest leap of faith to date - I stopped working altogether. If I was going to do something to my best ability, let it be raising my son.

Picking up the pieces of my life along with endless toys

Don’t get me wrong, mom is my favorite title. Truth be told, I think being a working mom was partially a defense mechanism, a ruse to hide my mommy shortcomings. I would never be the mother that had daily activities planned or who made her own sensory box. Hell, my idea of lesson planning is playing “Strawberry Fields Forever” by The Beatles while serving waffles with strawberry jam. Which by the way, he can sing and he’s not even three. But what if that wasn’t enough? Would my son suffer from not having the quintessential, creative SAHM? Those were the questions that kept me up at night. Was I enough?

Though in the midst of unchartered waters, I have realized my worth in a way I never had speaking with a client. I am a critical cog in the wheel that is this family and being home is exactly where I am meant to be at this moment. Motherhood is a journey. And while every aspect doesn’t always feel natural, that doesn’t make us any less qualified. One day I’ll return to work in the conventional sense, but my work here is invaluable.

My son won’t remember the fancy title I held, but he will remember my hugs and hopefully, the smile he brought to my face each day. To him, I’m no fraud – I’m exactly the mother he deserves.