19 Foods to Avoid During Pregnancy

Pregnancy is a time of expectation, excitement, joy, and no doubt a few nerves! But, in some ways, it’s also a time of sacrifice too. For the sake of bump, we have to give up a few things. And while some of the more strenuous stuff you might not miss, there may be others you’re less keen to let go of. Yep, we’re talking about foods to avoid during pregnancy. 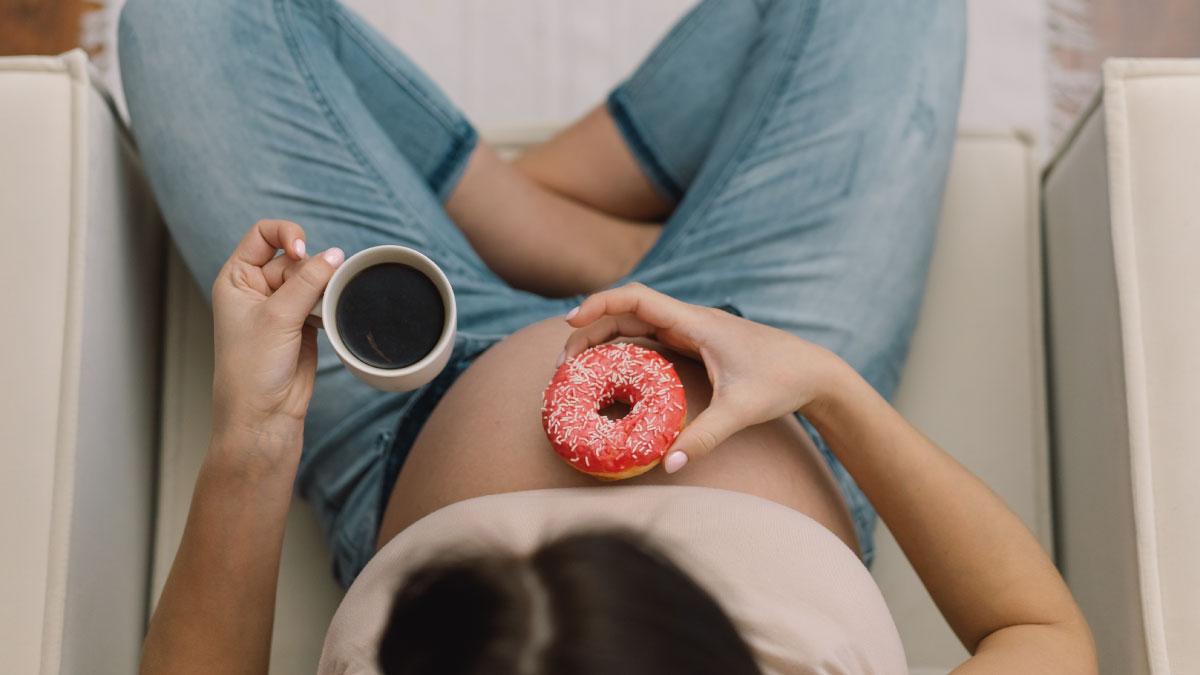 So, what not to eat when pregnant? Well, firstly, that’s ultimately up to you.

Although some mamas will go caffeine cold turkey, caffeine isn’t necessarily a no-go in small quantities.

Other mamas will enjoy the odd coffee right the way through. The important thing is that you’re happy and healthy – and different mamas will have their own ways to manage.

As such, we won’t tell you a list of foods you must avoid. But here’s what some steer clear of – and some reasons why you might want to consider doing that too.

What should you avoid when pregnant?

But we’ll tell you a little secret: you don’t have to listen to them all. Instead, you might have a totally different way of doing things. And that’s okay. The key thing is that you and your little one are stress-free. And if cutting all possible risks from your diet works for you, for example, you own it.

With that aside, let’s begin. Foods to avoid while pregnant. Let’s do this.

Some foods to avoid during pregnancy

Here are some things to bear in mind when considering what to eat, and what not to eat, when pregnant.

Let’s start with the controversial one. Fish is usually top of the list of foods to avoid during pregnancy. But should it be?

Not necessarily, no. In fact, docs around the world (at the NHS, for example, and the FDA) point out that fish can be a wonderful thing for you and your baby. It’s full of oils and vitamins and nutrients that give your health a big boost.

But what about mercury? The notorious chemical that accumulates in the sea is the arch-nemesis of the peanut in your womb, no doubt about it. But it’s not that everything with fins and scales is filled with the stuff.

So, if you’re a fish-eater, it’s not the end of the world. However, maybe it is best to avoid four things.

While we won’t say it’s one of the foods you can’t eat while pregnant, meat – like fish – is a food you need to be cautious of. Things like E. coli, salmonella, and listeria lurk in meats. And those are gross at any time. But when you are pregnant, they can cause all sorts of unwanted issues.

So, the same principles apply. Here are four more foods you might want to file under foods to avoid when pregnant, too.

Thinking of raw things, eggs need a little mention. Boil ‘em, scramble ‘em, fry ‘em – no problem. But make sure you cook ‘em through. Like your raw meats and fish, eggs can cause food poisoning.

So, maybe try and cut these things out (and remember, raw eggs are in more places than you’d imagine):

Dairy’s good. It helps you keep your bones strong and focuses your mind. However, scientists discovered a long time ago that milk can harbor the same nasty bacteria that hang around in other raw animal products. That’s why they pasteurize it – to kill those bugs.

However, some dairy products (some might say the tastiest) aren’t pasteurized for reasons of yumminess. As a result, they’re not always pregnant-proof. Things to look out for in particular are:

It is, as they say, the drug that makes the world go around. And you’re telling me to give it up while pregnant?!

While coffee gets a lot of attention as one of the things to avoid during pregnancy, this is a little undeserved. Studies have suggested that too much caffeine may increase the risk of miscarriage and make low birth weights more likely. But the may here does a lot of work, and that too much even more. The risk of caffeine-induced miscarriage is really tiny – and you’ll need to neck about 8 cups of the black medicine a day for your baby’s weight to suffer.

Can you drink coffee while pregnant? Yep. But, bear in mind that doctors suggest 200mg of caffeine a day is best as an upper limit. That means that two more things to avoid while pregnant are:

Which fruits should be avoided during pregnancy?

Fruits are okay, right? Fruits are good for you, no?

Well, this one sort of depends where you get them and what you do with them. But, yes: fruits and veggies are excellent for you and your bump. And we can’t encourage you enough to eat the widest range of fresh fruits and veggies possible.

However, they should be washed thoroughly. So, add these to your “think twice” list:
17. Unwashed fruit and veg. Who knows where they’ve been or who’s had their paws all over them. Wash fruit and veggies first.
18. Raw sprouts. For the Brits out there, we don’t mean your Brussels (although, raw Brussels, eww). We’re talking raw spinach, alfalfa, clover, or mung bean sprouts. Cook them first if you’re desperate.

At the end of this big list of no’s is alcohol.

The trouble with alcohol is that doctors and scientists aren’t sure that there is any safe level of alcohol to be drinking when pregnant. And while the chances are low, the things you’d be risking are pretty serious. Maybe best to give it a miss.

However, the best thing about all this? Well, obviously, it’s all for the good of your little one. But a big plus about the foods to avoid during pregnancy is that you get to enjoy them all again once it’s all over.