How Long Does It Take to Get Pregnant?

Trying to conceive (aka TTC) is an exciting stage for many couples, but it’s also one that might last longer than you expect. In a recent study, 44% of people said getting pregnant took longer than they expected. And 1 in 8 women will experience difficulty getting pregnant. 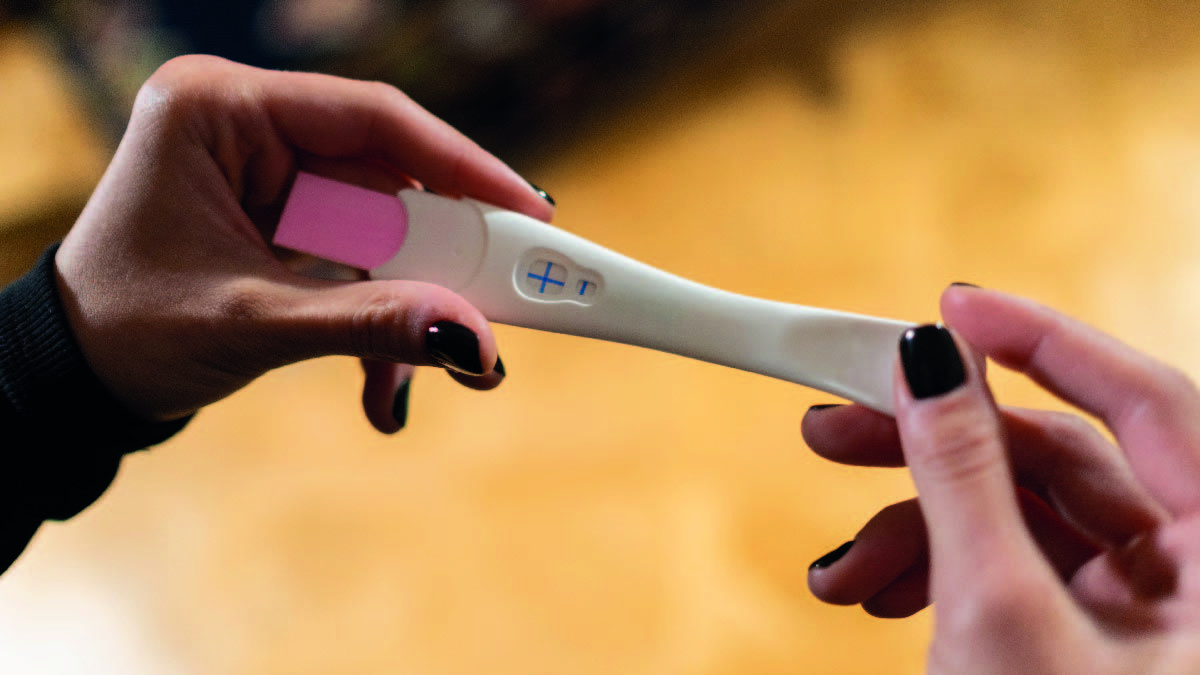 If you’re hoping to become a parent soon, waiting for that positive pregnancy test can feel like forever. But how long does it really take to get pregnant? The truth is, the answer varies for different people.

You might want to look at the stats of getting pregnant, but there are lots of factors at play here, specific to each woman. Knowing more about these factors can help you make sense of the process.

How long does it take to get pregnant after sex?

We’ll kick things off with a biology lesson. We know from sex ed that pregnancy is what happens after a sperm fertilises an egg. But beyond that, the details get kinda hazy.

How long after sex does it take to get pregnant?

It might surprise readers to learn that pregnancy doesn’t start the day you have sex. A few things need to happen for sex to result in pregnancy.

First, the woman’s ovaries have to release an egg (ovulation). And then the sperm have to reach the egg to fertilize it. The key thing to know here is that sperm can survive in the female body for up to 72 hours! So if you have sex 3 days before ovulation, some of that sperm might still be able to fertilize the egg even though it’s been a few days since you had sex.

But just because the egg is fertilized doesn’t mean you’re pregnant. Fertilization occurs in the fallopian tubes (the tubes linking a woman’s ovaries and uterus). Once the sperm and egg join, it can take another three or four days for the fertilized egg to move from the fallopian tube to the uterus and implant itself in the uterus lining. Pregnancy begins during this “implantation.” That’s the magic moment when a mama’s body starts to release pregnancy hormones.

So, if you’re wondering, “If you just had sex, can you feel pregnant after 2 days?,” the answer is no. Had sex a couple days ago and feeing queasy? It might be something you ate last night, not morning sickness… yet!

What are the chances of getting pregnant?

So now we know how pregnancy occurs, but that doesn’t tell us much about your actual chance of getting pregnant. Some couples become pregnant quickly, while for others it takes longer. This may be frustrating and upsetting, but it’s also very normal.

Factors that can affect your chance of conceiving include:

Yup, age is a factor — but it’s not the only one. It’s true that women are at their most fertile in their early twenties (when for some, babies aren’t even on the radar!).

Women under age 25 have a 96% chance of conceiving in a year, if they’re trying each month. By age 35, the chance of getting pregnant drops to 86% within a year, which is still high!

How can I improve my chances of getting pregnant?

Age is one factor you can’t change. But there are real things you can do that reduce the average time to conceive.

The first has to do with when you have sex. Once the egg is released from the ovary, it stays in the fallopian tube for about 24 hours. So, it’s helpful to know when you’re ovulating, to make the most of this window.

The best way to tell when you’re ovulating is an ovulation test. This detects the surge of a hormone called LH (luteinizing hormone) that increases 24-36 hours before ovulation. This makes it easier to time sex to get pregnant. You can also track your cycle on a calendar and check for symptoms such as egg white cervical mucus and increased basal body temperature.

However, some people find it stressful to do all this tracking and testing. If that’s you, just aim to have sex every 2-3 days throughout the month. Since sperm can live in the fallopian tubes for 72 hours, having sex every 2-3 days gives you a good shot of having sperm ready when the egg is released.

Another factor that helps is looking after you. You’re more likely to get pregnant if both you and your partner are in good health. Things that might help include: eating healthily, quitting smoking, and drinking less.

How long does it usually take to get pregnant?

If you’re trying for a baby, it can help to know the average time to get pregnant so you know what to expect. Lots of people want to know, what are the chances of getting pregnant on the first try? The answer is, about 30%. Not bad odds.

But it’s also very normal for it to take longer. The majority of people trying to conceive will get pregnant within a year. Stats on how long it takes to conceive do get more precise than this though: a study on couples timing sex around ovulation found the following:

As for the average time to get pregnant by age, there haven’t been any verified studies that give an exact figure of how many weeks it will take. However, experts agree that expectations can look like this:

What if it’s taking longer to get pregnant?

If you’ve been trying for a baby for over a year without getting pregnant, experts recommend seeing your healthcare provider for advice.

Talking to a doctor can help you identify what’s happening, and many couples find these answers help them as they continue trying for a baby. Even if it’s taking longer to get pregnant, there are still options out there to help you and your partner conceive, and speaking to a medical professional can help you get on the road to pregnancy.

💡 More from The 411:
How to Get Pregnant: Advice From Fertility Specialists
TTC Meaning: The Language of Trying to Conceive
Fertility Diet: Tips, Tricks, and Busting Myths