How Long Does Teething Last? 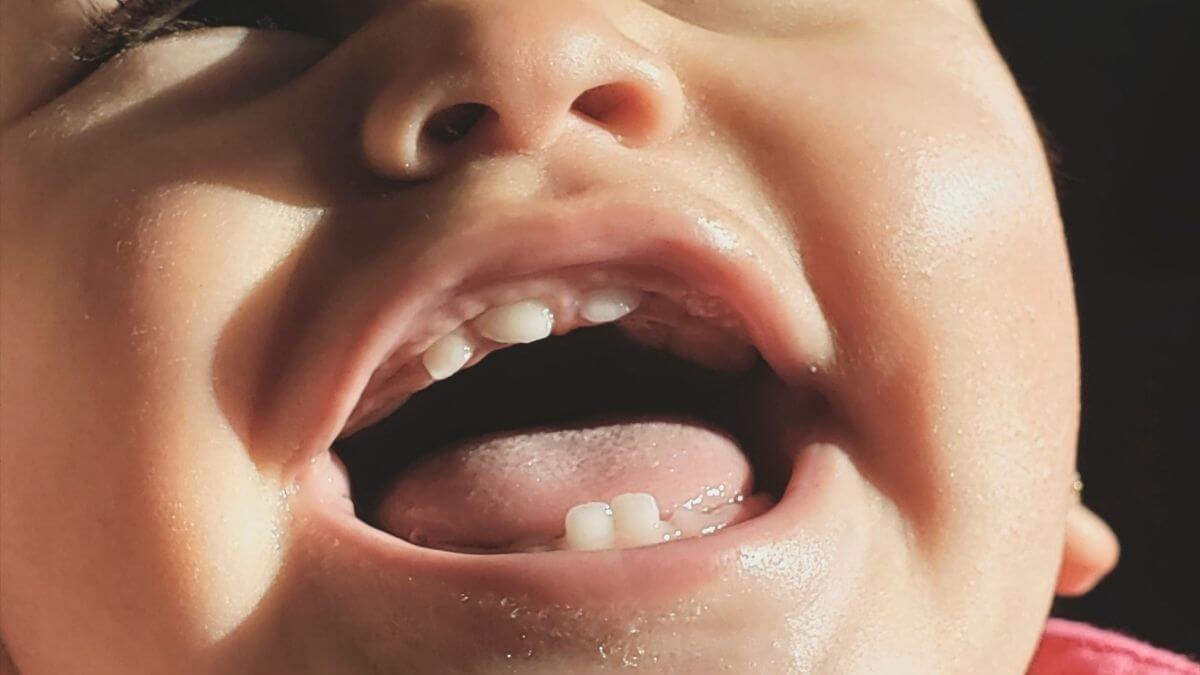 So your baby’s first set of teeth are bursting through. Painfully. And, as if having their teeth breaking through their gums weren’t enough for a baby to deal with, the whole ordeal is accompanied by a mouthful (see what we did there?) of other uncomfortable symptoms.

All in all, teething can be pretty rough for them and, in turn, quite trying for you.

Don’t worry, mama. There will come a time when all those teeth have firmly arrived on the scene (only to fall out again—but that’s a story for a different day).

So how does this whole teething process work?

Let’s break it down.

When do babies start teething?

But, if you’re looking for a ballpark, the average age for babies to start teething is six months.

Sometimes teeth make their grand appearance as early as three months. Other times they may be fashionably late and wait for a full year to burst onto the scene.

It’s common for preterm babies to teethe a bit later than others. Nothing to worry about. (If you are worried, that’s also totally normal. Check in with your healthcare provider to see if anything’s up.)

Some of the signs that your baby is teething include:

Some babies experience severe pain, while others get off lightly.

How long does teething last for each tooth?

Teething pain usually only lasts for just over a week for each tooth.

In some cases, more than one tooth comes out at once. This can be a little more agonizing and last longer.

Symptoms will generally only happen a few days before the tooth comes out and last for a few days after it has made its appearance.

If you notice any symptoms that go on longer than this, they might be related to something else.

A teething high fever (particularly one over 100.4℉, if your baby is younger than three months) is not a common symptom. Neither are severe stomach issues. Nor respiratory symptoms. If your baby is battling through anything that feels excessive, best to get in touch with your doctor.

When do babies stop teething?

By the time they hit two or three years old, their baby teeth (AKA milk teeth, AKA primary teeth) should be out. Then you get to sit and wait patiently until those same teeth start falling out when they’re about six years old.

How long does teething pain last for?

Teething is broken down into about six different phases over a period of about three years:

(Season two is when they all fall out. It’ll be here sooner than you think.)

So if you’re wondering what stage of teething hurts the most? The answer is usually the second molar phase. Absolute worst. In many cases. Just to make things even more fun, they time their entrance for just around the terrible twos.

Watching your baby go through all of this can be quite distressing. You may even get to the point where you wonder if teeth are really that necessary. (Um, yes, they are.)

While there’s nothing you can do to make it all go away, there are some ways you can help soothe your little one through the process.

Here’s what you can do to help.

Finally, teething can be a rather messy business. Stock up on your bib collection.

Amidst the pain and discomfort, cutting your first tooth is an exciting milestone to reach—even if it doesn’t feel like it at the time. Soon they’ll be chomping through their favorite foods with ease.

Plus, in the not-too-distant future, you get to play tooth fairy, bribe them into going to the dentist, and yell at the top of your lungs, “Have you brushed your teeth yet?” Exciting times ahead.

Good luck, mama. You’ve got this.

💡 More from The 411:
Can Teething Cause Diarrhea?
How To Soothe A Teething Baby At Night
A Quick Guide to Teething Poop & Diarrhea