Period During Pregnancy: What Does it Mean?

A period during pregnancy? What the…? 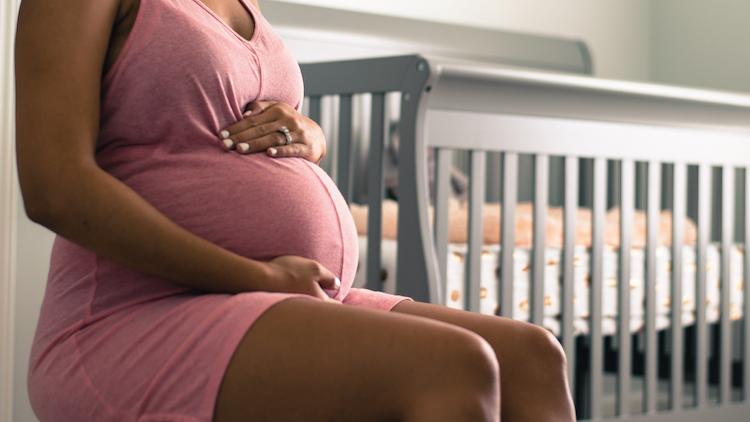 You’re like, Is it my period or am I pregnant? C’mon, Body! Make up your mind. Surely you can’t have it both ways, can you?

Well, it turns out that your body can indeed do some very strange things during pregnancy—including giving you something that looks like a period.

Before we go any further, listen up very carefully to the next eight words: if you are concerned, talk to your doctor. There are so many different reasons why bleeding during pregnancy can occur. Some are harmless, some aren’t—so it’s best to check as soon as possible.

Right. Now onto what appears to be the Schrӧdinger’s cat of women’s health:

If you are having a period while pregnant, you’re also not having a period while pregnant. And the reason for this takes us back to the very definition of menstruation. Your period is the shedding of what your body prepared for a possible pregnancy and only happens when that pregnancy it prepared for does not take place. Therefore, if a pregnancy has taken place, there is no need for your period.

Bleeding during pregnancy, on the other hand, is less of a paradox and can happen for a variety of reasons.

So how rare is it to be pregnant and have your period? Let’s take a look.

What causes you to have a period while pregnant?

While a period during pregnancy is not a period at all, bleeding may occur. Early pregnancy bleeding in particular can lead to a whole lot of confusion about whether you’re actually pregnant after all.

So why does bleeding during pregnancy occur? Let’s take a look at some of the possible reasons.

If you’re experiencing early pregnancy bleeding, it can be the result of so many factors—from benign to serious—so it’s always a good idea to let your healthcare provider know about it.

Many women experience some light bleeding during early pregnancy. This may simply be the result of the fertilized egg making itself at home in your uterus and could be no cause for concern. This is called implantation bleeding and, if it’s going to happen, will probably do so in the first two weeks of pregnancy.

Another harmless reason for “pregnancy periods” in early pregnancy is due to the changes your cervix is going though. As it readies itself, it may let some blood slip.

Both implantation bleeding and bleeding as a result of cervical changes are typically pretty light and no major cause for concern. There is no direct correlation between these causes of bleeding during pregnancy and the health of you or your baby.

There are, however, some possibilities that are far more concerning when it comes to what feels like a period during pregnancy.

If you experience heavy bleed early pregnancy symptoms, get in touch with your doc as soon as you can. No amount of online symptom searching will give you the exact answer you need for your body’s reason for bleeding during pregnancy.

And what about feeling like you’re having a period during pregnancy further down the line?

For starters, if you feel like you’re experiencing period cramps in the homestretch of your pregnancy, sorry but the menstruation ship has long since sailed.

You could be experiencing what are known as Braxton Hicks contractions—kind of like false alarm contractions that won’t actually grow up to be real labor contractions.

But what if you feel like you’re having a period during pregnancy in the third trimester in other ways—as in, what if you’re bleeding?

This can be due to a range of different things, some of which include:

Finally—and we know we’re like a stuck record on this one, but there’s method in our madness: call your healthcare provider. Seriously. Especially at this late stage of the game, you don’t want to be taking any unnecessary risks.

But, most of all, try not to stress. If you’re keeping your doc in the loop, the next best thing you can do for you and your baby is to relax and take care of yourself.