Can You Have Sex While Pregnant?

If you’re in the throes of passion and have stopped to search up Can you have sex while pregnant? we understand that time is of the essence, so we’ll cut to the chase:

The answer is yes. 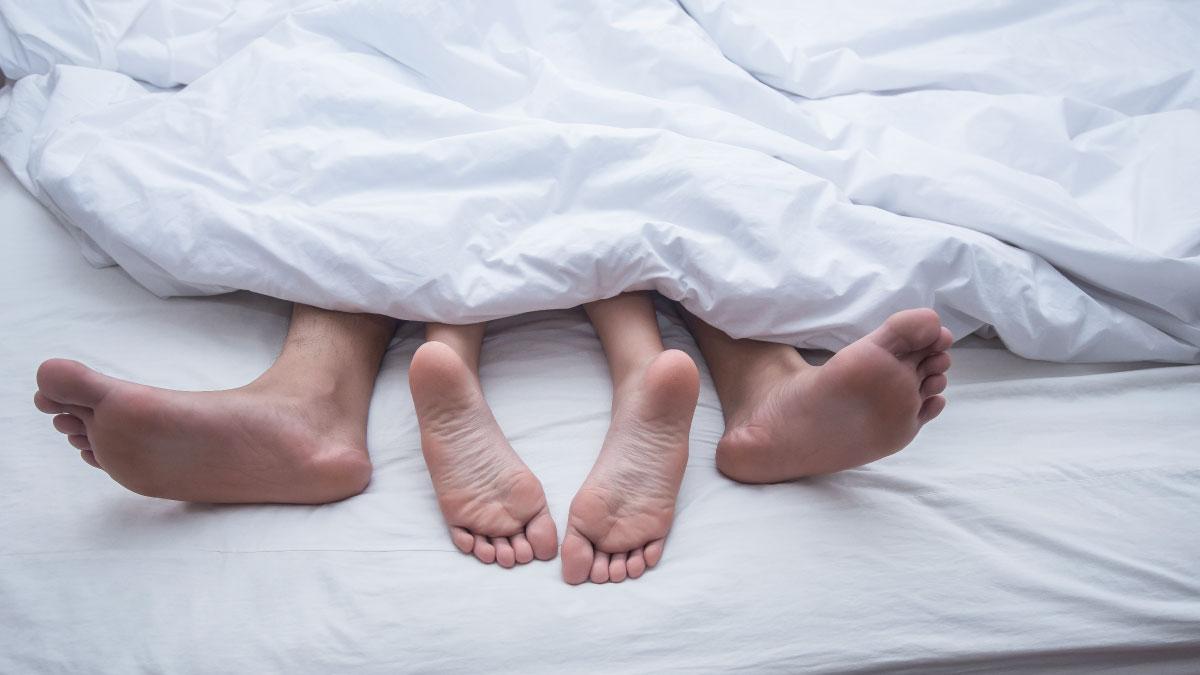 Unless you’ve been told otherwise by a healthcare practitioner, you can go ahead.

Right, for those of you who are still around, let’s continue.

Here’s the deal: sex during pregnancy is a whole lot of fun. Those hormones that are causing all the chaos in every part of your body? Well, let’s just say they have some other rather pleasing side effects that can make those swollen toes curl with excitement.

Add to that the fact that your boobs may be sensitive and that blood flow to your pelvic area is at its peak… Well, need we go on?

The bottom line is that the world of pregnant sex is definitely one to be explored—just do it with caution.

Is it safe to have sex in early pregnancy?

Sex during the first trimester is generally safe. In fact, sex during all three trimesters is safe. Your amazing body is doing all sorts of things to protect that baby from the outside world.

Firstly, your little one is surrounded by amniotic fluid. Amniotic fluid performs a lot of different functions, from providing nutrition to your growing baby to taking care of waste management. One of its vital roles is to be a fetal bodyguard. Containing specific antibodies and hormones, this magic fluid helps to protect them from injury.

Then there’s the mucus plug. A collection of mucus located at the entrance to the cervix, the mucus plug makes sure that nothing harmful from the outside world gets into the inside—a cervical bouncer, if you will.

So there you have it—your body working hard to ensure the protection of that little squirt of yours.

Can sex cause a miscarriage?

Sex during pregnancy won’t cause a miscarriage.

Miscarriages usually happen because the baby isn’t developing properly. About 50% of the time, pregnancy loss is because of some sort of chromosomal abnormality that happens at conception. And sadly, often, we don’t know the reason they happen.

Suffering a miscarriage can be debilitating. Know that it is not your fault. Miscarriages happen more frequently than we talk about. In fact, up to 15% of pregnancies end this way. If you experience a miscarriage, seek help from the community on Peanut and professional counseling services. You don’t have to go through this alone.

What about bleeding after pregnant sex?

So, what about bleeding after sex while pregnant? Although it may seem a little scary, it’s usually nothing to worry about. There are several reasons why bleeding during pregnancy occurs. In the first trimester, it can be a result of implantation bleeding, which is a natural bodily response to the redecorating happening in your uterus.

If you experience heavy bleeding, or bleeding accompanied by severe pain or other symptoms, check in with your doctor. There are various possible reasons why this may be occurring.

What happens to the sperm when a woman is already pregnant?

Most of it just leaves the same way it came in, through the vagina. Because of the mucus plug and the amniotic sac, your baby is safe from invaders.

Also, if you’re concerned, it is highly unlikely that new sperm could equal another conception. There are a very, very few cases where superfetation (falling pregnant while already pregnant) has occurred, but this is exceedingly rare. As in only 10 cases in medical history kind of rare.

That’s because ovulation is shut down during pregnancy—our bodies are clever like that. This means that there is no egg for the sperm to fertilize. And of course, there’s that mucus plug. It’s simply not letting any sperm in, to begin with.

So, the bottom line is this: go forth and make love if you’re in the mood. Some mamas even integrate sex into their birth plan by attempting an orgasmic birth. (Tbh, easier said than done, particularly if you’re in a hospital setting.)

Whether you have sex during pregnancy is totally up to you and where your body’s at. If you’re feeling like one sexy mama, then a sexy mama is what you should be.