If you are soon to be the mama to a set of twins, congratulations! You’re about to experience everything from cute matching outfits to the inevitable case of mistaken identity when they pretend to be one another. Double strollers, double the toys, double (we’re afraid to say this) the amount of poop – and, of course, double the love. Knowing the different types of twins is the first step on this wild journey with your quickly expanding family. 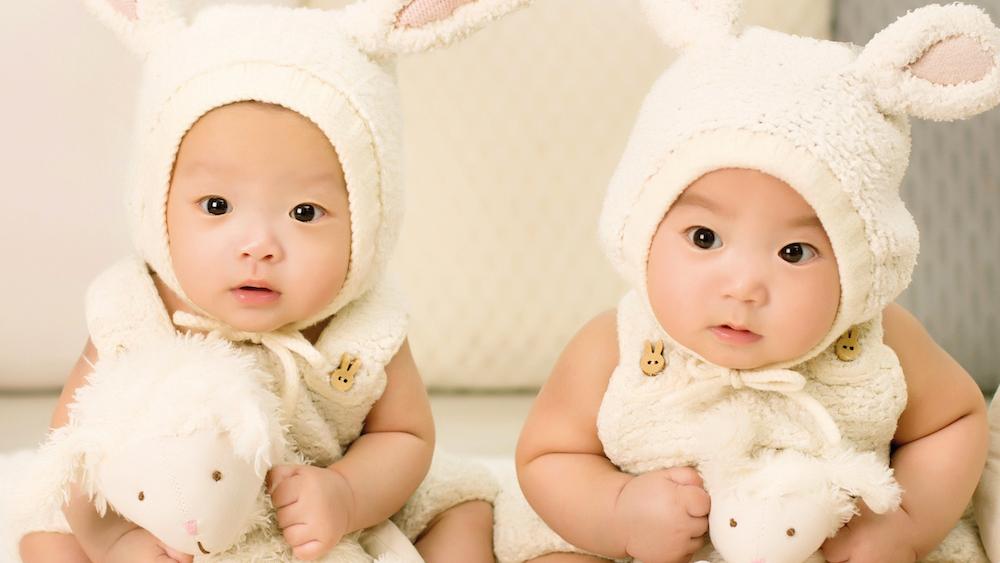 We’re going to delve into all things twins. What is the difference between dizygotic and monozygotic twins? What is the rarest type of twins? What is the most common types of twins? And why does any of it even matter to you? (Seriously, can’t you just feed them, clothe them, educate them, and be done with it?)

So, without further ado, let’s get twinning:

The two different types of twins that are the most common are fraternal and identical twins. The difference between them? Well, it all has to do with a little word that describes the earliest stages of human life: zygotes.

A zygote is what happens when an egg is fertilized by a sperm. In the case of twins, this process gets a little more complicated, however. Either, your body gets super ambitious and releases two eggs to be fertilized, or your one fertilized egg splits into two. And then there are some third, more murky options which we’ll get to later. That’s how you get different types of twins.

But which one is what and what does any of it mean for you and your family?

Dizygotic or fraternal twins are the result of two fertilized eggs growing into two babies at the same time in the same place. That’s two zygotes, one womb. (Sound like the beginning of an oddball TV sitcom.) The two puts the di in dizygotic.

This means that fraternal twins have different placentas and different umbilical cords, both nourished by the best Café de Maman has to offer.

Fraternal twins are the most common of the different types of twins. Think of them as siblings who decided to be born at the same time, rather than two halves of the same whole. They can be of the same or opposite genders and either look quite different from one another, or pretty damn similar.

Identical twins or monozygotic twins are formed when a fertilized egg splits into two. So that’s one zygote (monozygotic) forming two humans.

This is a slightly more rare kind when it comes to different types of twins and accounts for about one in three of every twin set that is born.

If you are pregnant with identical twins, ensure that you schedule regular health checkups as the sharing of the placenta causes for a pretty snug setup inside you.

So, because monozygotic twins are the result of the splitting of an egg already fertilized (and thus replete with its chromo-combo), both sides of that split (ie. both babies) are going to have the same gender.

And because things are never really cut and dry, there are actually a whole lot more options when it comes to different types of twins.

We’re about to ask:

What are the 7 types of twins?

Um, what? Yes. Hold onto your seats.

So now you know the first two on the list:

But what are the other 5 different types of twins? Let’s take a look:

Then there are a few other anomalies to watch out for, like conjoined and parasitic twins. In these cases, your healthcare provider will talk you through the different options available to you.

Why it matters to know the different types of twins

Finally, is it even necessary that you know the different types of twins? Turns out, it is for medical reasons.

Once you know that you are going to be a mama to twins, your healthcare provider will likely recommend a zygosity test to determine what type you have floating around inside you.

Two main reasons why this is important to determine are:

Plus, you’ll likely be super curious about the little beings cohabitating in your belly. Truly pretty damn amazing.

Read also:
Do Identical Twins Have the Same DNA?
Twin Telepathy: What’s the Truth?
How to Conceive Twins