If you’re trying to conceive (TTC), you may already know that understanding ovulation (the process where your hormones cause an egg to be released in the hope of sleepless nights and diaper duty) is imperative. You’re probably also aware that knowing when ovulation occurs can be a little hard to pin down – which is maybe why you’re asking “what does ovulation feel like?” 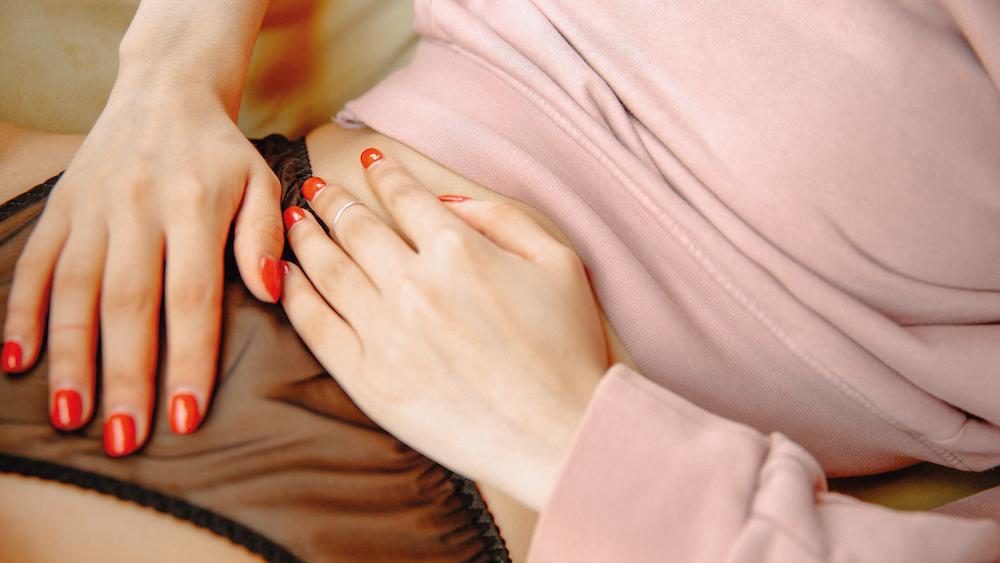 While all bodies dance to their own tune, they do share a lot of the same common choreography. Let’s take a look.

How can you tell if you are ovulating?

Well, ovulation pain for one.

Ovulation pain has a fancy German name because, why not? It’s Mittelschmerz.

Our bodies love to send us little messages. (The fact that they have to do so in excruciating ways seems a little unfair but who can we complain to?) While you may want to shoot the messenger, the message itself can be one that’s very useful to you if pregnancy is on your to-do list.

So what does the pain feel like when you’re ovulating? It’s not dissimilar to period pain, except it happens in the middle of your cycle. (Fun, fun, fun. We get to experience discomfort at all sorts of times on the monthly roundabout.)

Ovulation pain will feel a little like a dull, achy sensation in your lower abdomen and will be coming from whatever ovary was in charge of releasing the egg that month. Because that is, in fact, the source of the pain. It’s the egg’s way of saying (quite dramatically), “Hey! Coming through here!”

So, when does it occur? Is ovulation pain before or after ovulation? Um, that’s a tricky one to answer. Would you be peeved if we were to say before, during and after?

Sorry, but that’s the truth!

It’s important to know that not every woman experiences this pain. In fact, it’s probably as few as 1 in 5. So, if you do experience it, you’re normal. If you don’t, you’re normal. Ah, look at that! We’re all exactly as we’re supposed to be.

So if you’re asking Is ovulation pain a good sign of fertility? the answer is, not specifically. While it can be an indicator that you are in fact ovulating, the pain itself does not signify fertility either way.

Lastly on the pain front, if you’re feeling severe pain and it feels either more extreme or different to what you may have felt in the past, check in with your healthcare provider. There are many possible reasons for abdomen aches, and some of them can be quite serious. Moderate to severe pain can indicate a range of ailments, from cysts to appendicitis to STIs. So if the pain is bothering you, chat to your doctor.

Other signs of ovulation

If you’re looking to get pregnant, getting in touch with your cycle is a good way to gain more agency in a process in which you may feel like you have little. So why not ask the community on Peanut for advice on figuring out yours?

Read also:
Bloating During Ovulation: What it is and how to help
What to Know About Late Ovulation
Ovulation Bleeding: What You Need to Know