When Do Babies Sit Up?

It’s amazing to consider that something so ordinary that adults do every day – sitting up – is such a landmark in a new life. But it’s a truly exciting moment when your baby gains more control of their body. But when will this exciting development happen for your baby? When do babies sit up? 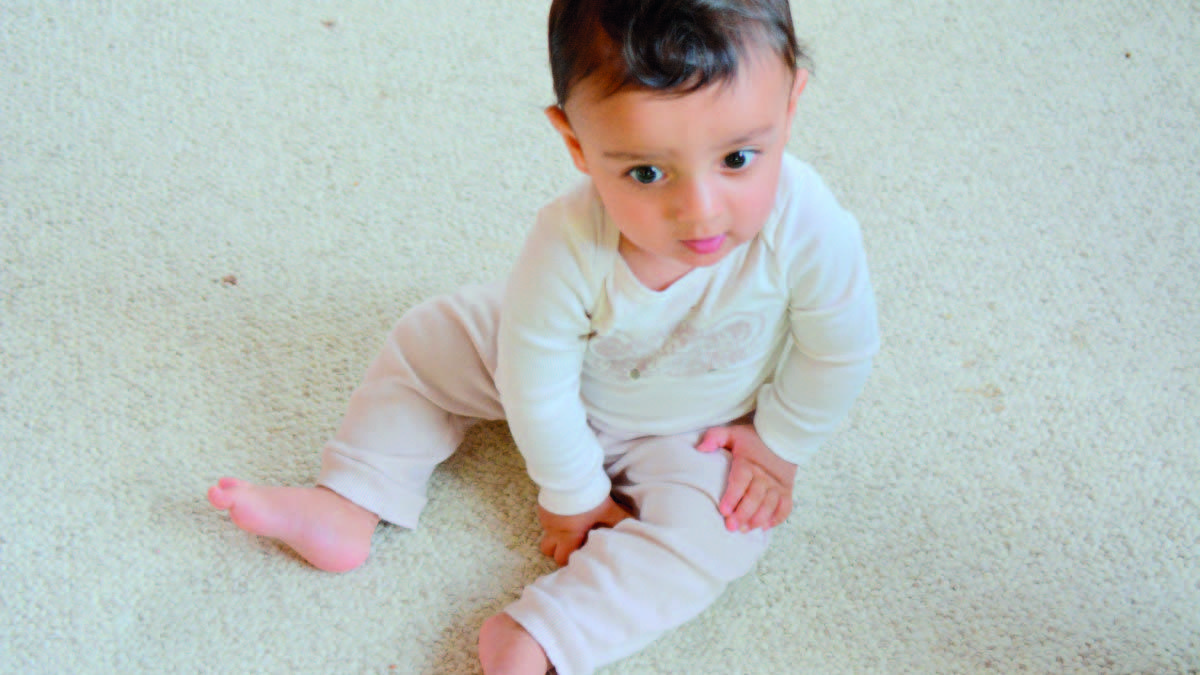 The first thing to know: babies are on their own schedules. It can be helpful to have an idea of typical or average ages to expect some “firsts,” but if your little one takes longer, it’s not a cause for concern!

Also, when we ask “when does a baby sit up?,” what we really mean is “when do babies sit up on their own?” We all love holding a little baby on our lap or watching them take in the world from a bouncy chair, but that’s not quite what we’re talking about here. By “sit up,” we mean unsupported sitting.

When do babies start to sit up?

So, when do babies start sitting up? At what age can you expect your baby to sit unsupported, and is there anything you as a parent can do to help your new little one? Let’s take a look…

Should a 3-month-old be able to sit up? It’s not likely. At three months, most babies can rest safely upright on their bottom with support, such as in a high chair with straps, or maybe by making a “tripod” with their hands. This support is important though, as it will keep them from toppling over. They might be able to hold a wobbly upright position without support for a moment, but their muscles aren’t strong enough yet to fully support them while sitting.

How long your baby is able to “sit” like this at three months is another story. Some babies will get fussy because they don’t like the sensation. Others may want to stay there for a long time. If it seems like your baby doesn’t want to sit up, it’s ok. They’ll get the hang of it sooner or later.

Should a 6 month old be able to sit up? At six months, most babies can sit for a short amount of time, but they will probably still need your help getting into that position. (If your six-month-old baby isn’t sitting up yet, that’s ok too! Every little person is different.)

At around nine months old, your baby can probably hold themselves up while sitting for an extended period of time, but they will probably still need help to get into or out of that position.

It’s around the one-year mark that your little one will sit up without support, and can move into or out of the position without outside help. Hooray!

But, like we said, it’s totally normal if your little one is faster or slower to pick up this new exciting skill.

Do babies crawl or sit up first?

What age your baby sits up depends on the strength of their torso. After all, babies have a big head in relation to their bodies – and holding up that head is a lot of work on new, untrained muscles.

At four months, a typical baby will be learning to hold their head up, and they’ll start pushing up with their arms while lying on their stomach. This is building their strength. Mamas wondering “when do babies sit up and crawl?” are probably thinking of the two skills together because crawling and sitting involve many of the same muscles, and babies often start working on both skills at about the same time.

Most babies will sit before they learn how to crawl. In fact, it’s through sitting that many babies become interested in crawling: their new perspective will have them seeing new things, and they’ll want to move to check out the scene.

How can I help my baby learn to sit up?

If you want to help your baby learn to sit up, a good start is to encourage tummy time. This is when your baby lies on their tummy instead of their back. A good idea is to begin with small sessions of under five minutes, reaching 20 to 30 minutes of tummy time at around three or four months old.

Tummy time is great because it helps strengthen the muscles in your baby’s upper body and neck that they need to balance and support themselves. It’s basically their first workout!

The next step many mamas try is to encourage your baby by propping them up with pillows or sitting them in your lap. This helps them look around and get used to the feeling of sitting.

However long your baby needs to learn to sit by themselves, the important thing is that they’re safe and supported. After a while, babies’ natural curiosity motivates them to get into the seated position by themselves. You’ll be sitting and playing together soon!