When Do Babies Start Talking? A Guide for Mamas

There aren’t many things more exciting than your baby’s first words. It might be “mama”, it might be “dada”, or it might be something totally off-the-wall. Whatever it is, you’ll probably remember it forever. So, when do babies start talking? Well, it depends on the baby! 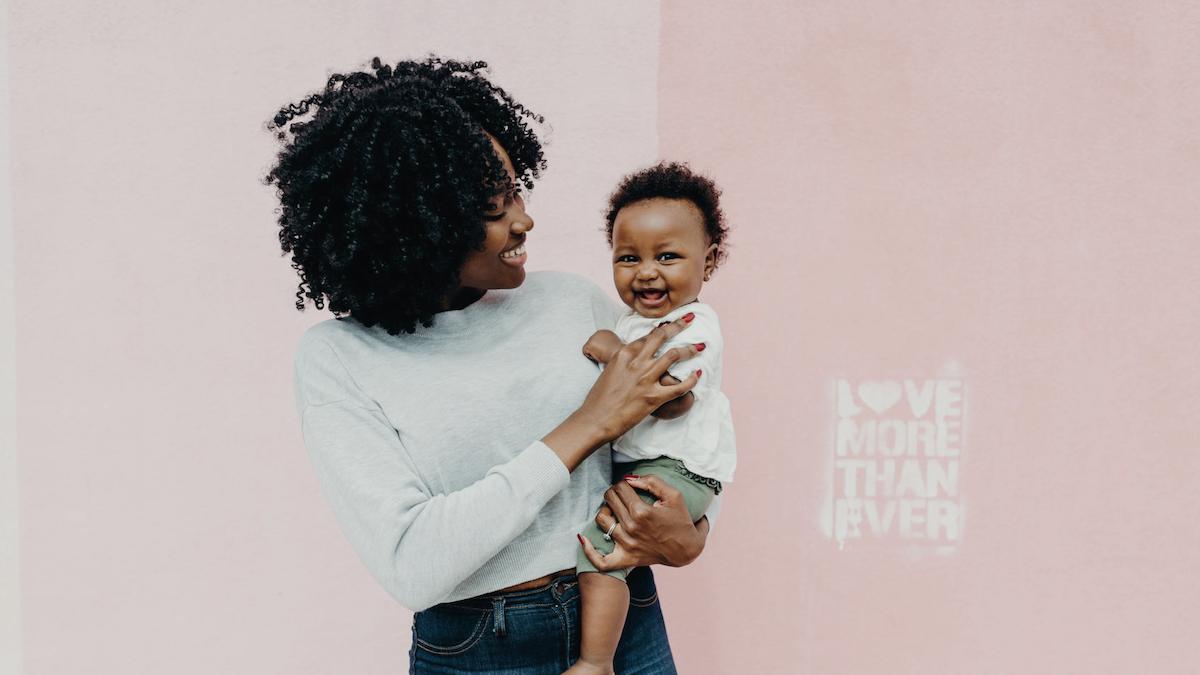 Your baby’s own natural inclinations will guide the timeline for their speaking.

And how much you talk to and around your little one will affect things, too.

But generally, it can be anywhere from about 6 to 18 months before they say something you understand (i.e. something that isn’t “blah boo blooh bah”).

A proper conversation is some way away.

But all babies do communicate from a very early age.

Here, we’re mapping out the milestones you can expect on your baby’s route to their first words. And we’ll suggest some ways that you can help your baby along the way.

So, when do babies talk? Let’s find out.

When do babies start talking?

By this point, many babies are able to say a couple of simple words and understand what they mean.

But an average is only an average – and the 12-month milestone isn’t true for every baby.

Essentially, baby words can emerge any time between 6 and 18 months. In some cases, even later.

Of course, before that first word, your little one will have been communicating in their own way already.

At first, that’s through crying. But then those goo-goo-ga-gas (and other adorable sounds) will soon come tumbling out.

And from there, it’s not so far to real talk at all.

Some possible milestones to your baby’s first words

When it comes to bringing up babies, timelines are all a bit up in the air.

Yet, we’ll give it a shot. Here’s a rough guide on the baby-steps towards grown-up communication – from pointing and gurgling to a proper conversation.

There isn’t a perfect answer to that question ‘when should babies start talking?’.

A bit of a delay in talking isn’t necessarily a cause for panic (more on that below).

And take every generalization with a pinch of salt.

Can babies start talking at 2 months?

We’ve heard it asked before. Can babies talk at 2 months?

But language learning is usually a slow process – and can take a little longer than we’d like.

Babies communicate through sight, sound, and smiles from early on.

Yet, fully-fledged words at 2 months would be impressive.

The first words usually – although not always – come a bit later.

What can you expect at the 2 to 3-month mark?

Their first vowel sounds – ‘oohs and ‘aaahs” – aren’t far away.

After this success, things start slowly to sound a little more like words.

From about 4 to 8 months, you can expect more sounds to be strung together.

‘Gagaga’ or ‘muhmuhmuh’ is classic baby chat at this age.

It’s unlikely that ‘mamamama’ means you just yet.

At this age, sounds tend to be just sounds.

These gurgles and babbles are a good thing, though. It shows that they are practicing the sounds they’ll need to form words later on.

When do babies say their first word?

By 8 months, we are getting very close to the first word.

It’s likely to happen from about 8 months, although it can be heard slightly earlier – and much later, too.

By around their first birthday, you will probably have heard that elusive first word.

Other things happen around this time too – like pointing and gesturing.

How many words is a one-year-old supposed to say?

By the time they’re one, one or two words – maybe more – are pretty likely.

These will usually be ‘dada’ or ‘mama’, or other simple sounds.

A heads-up that, usually, boys tend to be a little behind girls in their language development.

So, if your little one isn’t talking as much as you’d expect, don’t worry.

When do babies start talking fluently?

The magic moment for babies and language is after about 2 years.

At this point, the number of words your child knows will snowball.

They call this the ‘language explosion’ for a reason.

At two years, though, fluently remains a little ambitious.

You can expect two-word sentences and a vocabulary of hundreds of words.

But that is going to sound pretty fluent after all that babbling.

What is a late talker?

It’s not the nicest term. These medical expressions never are.

But a late talker is a child who is a bit slower than average in terms of the words they know and understand, or the sounds they can make.

It could well be that your baby is just taking things slow, and that’s OK!

But other signs of understanding can give you a sense of how they are developing.

If your baby can point at things and follow simple instructions, for example, this is a good sign. If in doubt, though, and if you haven’t heard any words by 15 or 18 months, a doctor would be happy to help you.

How can I help my baby learn to talk?

Finally, what can you do to help babies talk?

The answer is simple: talk to them!

While sing-song baby talk is super cute, talking in proper sentences can be good sometimes too.

Babies follow the rhythm of your speech and watch and mimic the ways that your lips move.

This helps them to develop their own speaking abilities.

So, keep on talking.

Try engaging with their babbling – even if you feel silly.

And, when you say something, try to give them an opportunity to reply.

These interactions help their conversation skills and ensure that you don’t miss anything they’ve said!